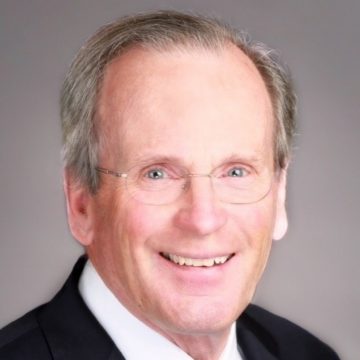 Pat retired in the summer of 2015 from his roles as managing director at J.P. Morgan Capital Corporation (JPMCC) and head of the Direct Housing Investments Group. JPMCC is a part of the investment bank, J.P. Morgan. JPMCC invests throughout the country in Section 42 affordable housing transactions, chiefly through syndicators on a single investor basis and selectively through syndicators in multi-investor funds. JPMCC also invests on a limited basis directly with lower tier developers. His years of experience in affordable housing and commercial real estate include all facets of finance, investment and sales. Nash joined the First National Bank of Chicago’s real estate department in 1990 and assumed responsibility for the affordable housing product in 1994.

Pat formerly was president of Community Investment Corporation (CIC), a Chicago based non-profit lender to owners of apartment buildings in Chicago’s inner-city communities and for a period of time was engaged in real estate development. He served on the City of Chicago Department of Housing’s Advisory Committee and from 1979 to 1983 was a member of the board of commissioners of the Chicago Housing Authority. Pat is a past president of the Affordable Housing Investor’s council (AHIC), an education and trade group composed of the major investors in the Section 42 industry. Recently, Pat reconnected with CIC joining its board of directors, representing J.P. Morgan Chase and now serving as its chairman. Pat holds and M.A. in Urban Studies from Loyola University, Chicago and received a B.A. from University of Notre Dame.